I am often amazed at how people who really should know better talk about the supposed “intolerance “ of the Modi Government in the last 5 years while keeping absolutely Manmohan about the vicious intolerance to Hindus and Hinduphobia which is the norm in film and cinema for the last 30 years. (It wasn’t always so but the influx of Dawood or D gang money into Bollywood around 40 years ago changed it).
Lets look at the facts:

Fact 1: Article 377
Article 377 was a legisalation which criminalised gay people in India. Successive Congress Governments had decades to change article 377 but did they do so? They simply did not have the guts. And how would they have the guts? Their vote banks would be affected and if its one thing which affects the Congress party, its vote bank politics.
So it transpired that every other previous Government, especially successive Congress Govts lay down flat on the floor like a doormat and never ever had the balls to allow the courts to overturn article 377 (which criminalises gays in India) and it was only under the watch of this Modi Sarkar where the courts were allowed to overturn article 377, thereby empowering gays. (This presumed Hindu Government was the only one to do this, as Hindus don’t view gays through the same prism as the Abrahamic religions). But that was ignored by every Western publication as they all had newspapers to sell and a narrative to run. "Narrative Ooncha rahe hamara: Mudi must rejine!!!"
Fact 2:
This one is even funnier, it turns out that a lot of the intolerance debate people simply did not want to be evicted from the Government bungalows and flats where they were staying, sorry overstaying is the correct word as they were only allowed these flats for 3 years at the most, BUT they ended up staying for decades....... and Modi wants to remove them.... hence the intolerance reaches the sky and "Modi must Rejine"
Don't believe me? Here it is:
"27 artistes shown the door by the Modi Government for overstaying."
https://www.hindustantimes.com/india/door-shown-to-artistes-overstaying-in-govt-accommodation-in-delhi/story-QbX3vVsoKaSc074bmS9l4K.html

I will continue this silsila of facts about the suppose intolerance of this Government in another blog, but what I will also say is that intolerance exists in every society and while it is indeed our duty to expose and stamp it out, what is especially not true is that it has somehow peaked during the Modi Government's rule. In fact, intolerance obviously exists in Indian society but is probably the same as other societies and as it was in India, if anything its most likely less intolerant today as compared to previous.
Now coming to this intolerance drama of Naseeruddin Shah et al, it was witnessed earlier too, when the church complained of intolerance, (many normal Christians didn’t find India intolerant and still don’t but narrative Kay dollar MSM ko miltey hain bhai) we covered it at that time in my chat show on Media Weediya episode 1 and unmasked that entire narrative completely and showed you how prior to the Delhi elections a few years ago, reports of church attacks had surfaced only to find that these attacks were not really attacks but acts of vandalism, a few criminal elements and indeed even a short circuit. But, Narrative Ooncha Rahe hamara.

Here it is again: 34 minutes


Other blogs by Dr Manish Pandit:
1: No Country For Hindus:
nocountryforhindus.blogspot.com

3: The by now famous blog on a comparison between two filmmakers, by Bhavna: Mumbai Girl tweeted on the film festival circuit
mumbaigirlindublin.blogspot.com

Popular posts from this blog 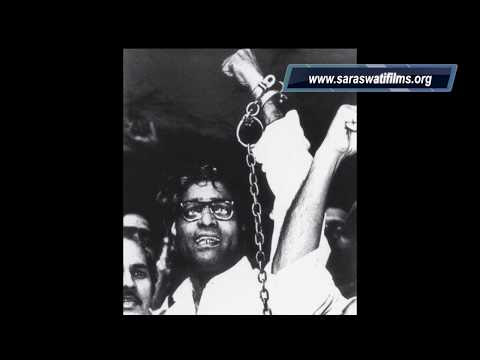 True Intolerance: Emergency 1975 (2.5 mins) by  Saraswati films   My first political short film (run time 2.5 mins) of 2019. This film shows you what real intolerance looks like. This is a small snapshot of the Congress Government's misdeeds in 1975. George Fernandes was jailed, his younger brother jailed and tortured. Snehalata Reddy was stripped and tortured in jail. To follow Saraswati films ( @mmpandit on Twitter): To view the National security blog: Go to https://threatnationalsecurity.blogspot.com
Read more 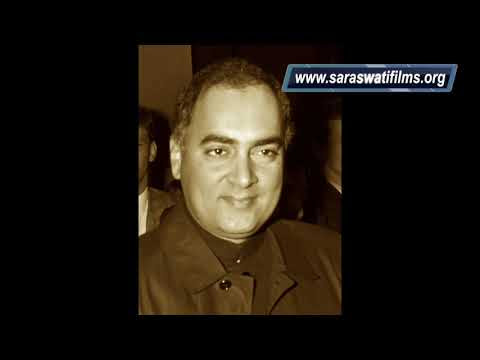 True Intolerance: 1984 Sikh Genocide  by Saraswati films   1984: The Sikh Genocide Political Short Film 6 of 2019: This is a continuing series, this one details the horrifying Sikh genocide of 1984 under Congress misrule. Thousands of Sikhs died, their women raped, their hair shaved under direct supervision of Congress leaders. Then we had to wait 34 years before the first high level conviction, in 2018 Dec. that of Sajjan Kumar. Modi Government delivered the first semblance of Justice in Dec 2018. My late father used to describe these scenes with tears in his eyes. I hope he is watching. To follow Saraswati films ( @mmpandit on Twitter): To view the National security blog: Go to https://threatnationalsecurity.blogspot.com
Read more